NOBODY KNOWS WHAT IS GOING ON 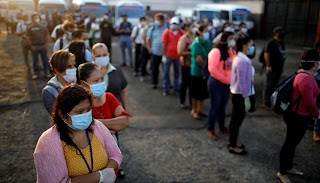 Right now, we have two large, complex systems. The first is a virus sweeping through the global population and our combined efforts to mitigate it. The second is a declining global economy. Both systems are incredibly difficult to measure and understand, much less predict. Both are so large and unruly that we struggle to even comprehend them in their entirety. And so far, pretty much everything we’ve thought about either has been utterly wrong.

Let’s start with the first system: the spread of the virus. Despite months of research and testing, we still know very, very little. For example, we know that the virus is highly contagious, but we still have no clue how contagious. Studies pin its R0 number (how many people each sick person goes on to infect) as high as 6.6 and as low as 1.4. For reference, that’s like saying the virus will infect anywhere from 20% of the population to 80%, a range so broad that you might as well pick a number out of a hat.
Posted by Choose Your Success at June 25, 2020